This week, as last week, volunteers alone in their vehicles were stationed in the area surrounding the clinic in order to document the behavior of protesting antis. The antis’ presence and tactics have not been much changed by the pandemic locking down much of everyday life. While most non-essential workers in Kentucky are staying safe at home, limiting trips, and refraining from congregating with people outside of the household, the anti-choice protesters continue harassing patients. The antis belong to  a certain subset of person who believes that being asked to act in the interest of others is the greatest imaginable affront to their personal liberty. When you combine that with a penchant for willful scientific ignorance, you get the perfect storm that is our antis. 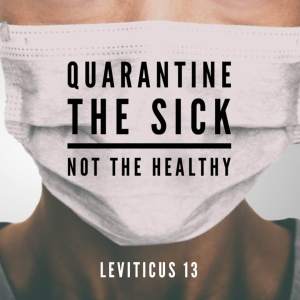 You can be asymptomatic and contagious. 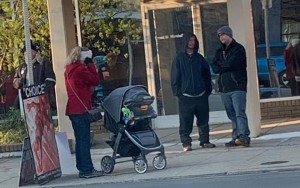 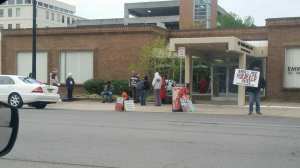 As we saw last week, antis ignored social distancing and continued chatting among themselves and confronting patients entering the clinic. One family even brought their infant along to the protest and allowed other antis to get far too close to the child. Masks were worn only by a few, and not always correctly. While city and state governments have addressed churches and crowded parks filled with those who refuse to comply, still no action has been taken outside of EMW to protect patients and the general public.

As most are well aware, “protests” were held Wednesday night outside of Governor Beshear’s nightly address to the Commonwealth. Scare quotes are appropriate in this instance for the same reason that they are appropriate when describing the anti-abortion presence outside of clinics: the point was not political speech directed against leadership. The point was for one group of people to strike fear into the hearts of their fellow citizens, to discourage them and break them down. Such rallies have been and are being held throughout the country.

That there was overlap between the group at the capital Wednesday and people we see on the sidewalk came as no surprise to us. The organizer of the incident Wednesday has been spreading false information about the clinic and its practices in order to drum up faux outrage. Fortunately, you are welcome to donate to EMW in her honor.

For now, abortion remains legal in Kentucky. Antis remain on the sidewalk putting themselves and everyone else at risk, and escorts remain in our vehicles, documenting.