“The bond that links a true family is not one of blood, but of joy and respect  in each other’s lives;  rarely do members of one family grow up under the same roof”

Tales of a Reluctant Messiah

I showed up at the clinic Saturday morning and at 7:00am there were between 50 and 60 protesters lining the gauntlet before the clinic doors opened. The weather was almost not cold and I guess the protesters were feeling froggy.

We had a few chasers this morning, Angela being the main culprit, but in addition to her there was a new young couple out getting up in the mix. The guy mostly took pictures and talked to Zen Master D. The young gal on the other hand was very assertive chasing clients from their cars trying to hand out lit and redirect them.

Rick from the Creepy Crew was out lurking as usual in the parking lot.

And sometime around 7:45 am Mary and Mike march up 2nd St and onto Market across from the clinic door with another 35-50 people. They stood around completely blocking the sidewalk for the rest of the morning saying the rosary. 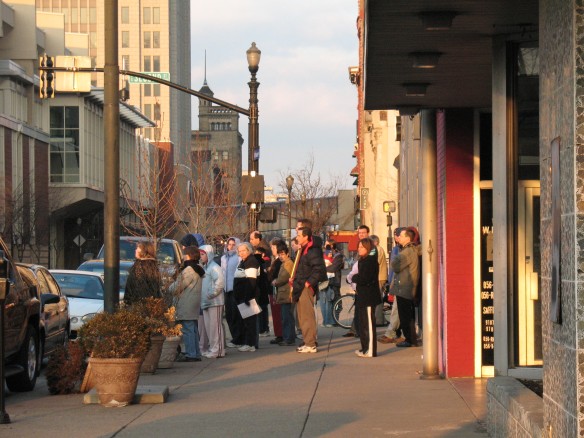 The happenings this morning that stick out in my mind the most however, came from a family of 5 I have never seen at the clinic before. The parents were in the late 20s or early 30s and had three small children ranging from maybe 3 to 7 years old. They stood at entrance to the parking lot and as clients walked the mother would push her children into the path of the client and escorts offering to speak with the client about family.

Now I have seen the protesters use almost every tactic I can think of to persuade pregnant people that to give birth to a baby, but this takes the cake. 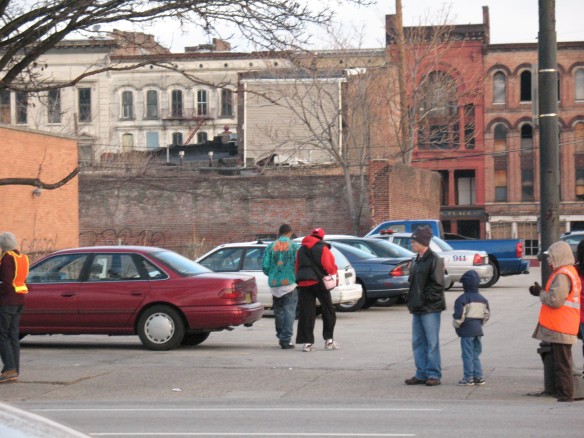 CHILDERN ARE NOT POLITICAL TOOLS.

They should not be used as props to intimidate, shame, guilt and distract women.

There is nothing wrong with having an abortion.

And instead of dragging children out into the cold on a Saturday morning to use them as happy, white, heteronormative examples of a socially constructed familial paradigms, Stop and recognize that all kinds of families make the decision to have an abortion.

Many people make the decision to have an abortion to preserve their family’s well being.

The assumptions made by these protesters about the family structures of women choosing to have an abortion belie the complex reality we, as whole and unique individuals, exist in.

And until we are able to break through the socially constructed heteronormative family as our default interpretation of family we will continue to miss out on the vast beauty of what family can really be.